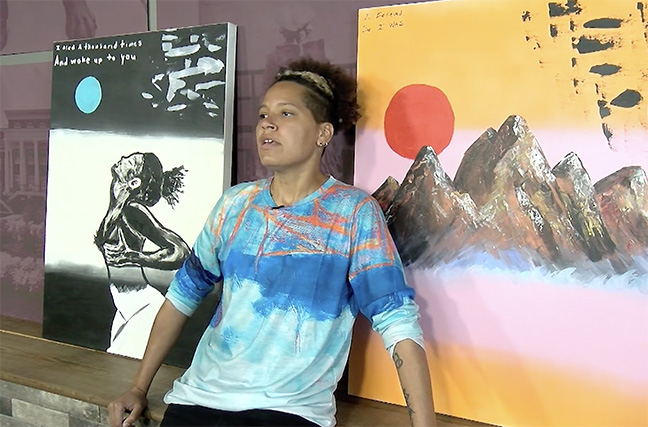 WATCH: Genesis Be: "I guarantee your story can help somebody"

Genesis Be is a native of Biloxi, Miss. She is a rapper, painter, speaker and activist who has advocated for racial healing, voting rights, changing the Mississippi flag, and other causes. She is the founder of https://www.strivetillirise.org. 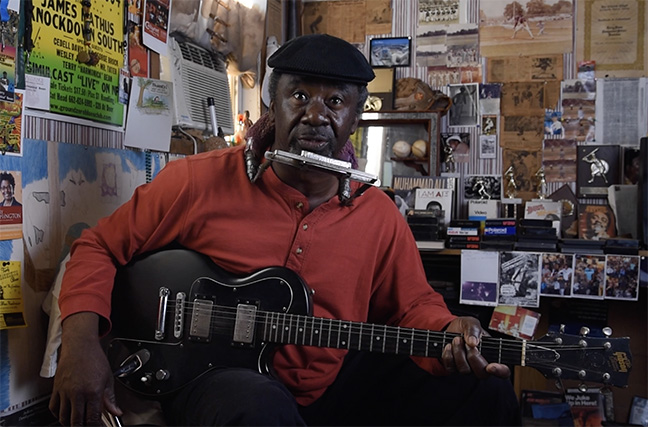 WATCH: Terry "Harmonica" Bean: "Everybody got the blues"

Terry “Harmonica” Bean is a native of Pontotoc, Miss. He carries on the musical tradition of North Mississippi bluesmen such as Howlin’ Wolf, R.L Burnside, and Junior Kimbrough. He has recorded seven albums, played at innumerable events and festivals, and toured Europe and Africa playing the blues. 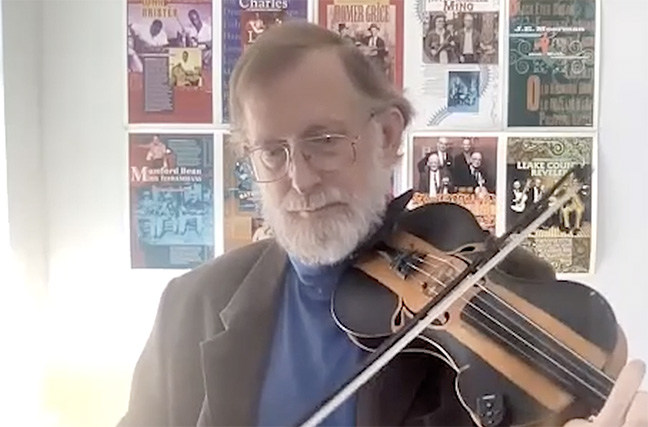 Harry Bolick grew up visiting his relatives in Carroll County, Miss. He is one of the foremost scholars of Mississippi fiddle music. He has published “Fiddle Tunes from Mississippi, Commercial and Informal recordings 1920-2018” and “Mississippi Fiddle Tunes and Songs from the 1930s” (University Press of Mississippi), and plays and teaches the fiddle himself. Learn more at mississippifiddle.com.

Steve Soltis is a Public Relations Advisory Board member at Mississippi State University and Executive in Residence at the University of Virginia Darden School of Business. He is one of the original creators of the New Narrative Festival, from which Story State grew. 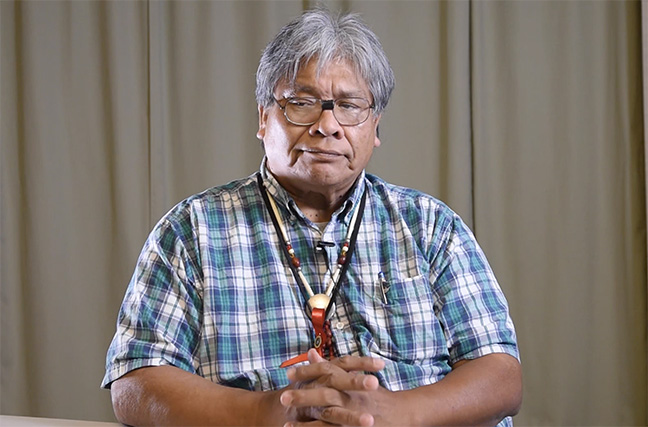 WATCH: Harold "Doc" Comby: "When you put these things aside, you will have a good life"

Harold “Doc” Comby is a native of the Choctaw Reservation near Philadelphia, Miss. He is an elder in the Mississippi Band of Choctaw Indians, and has served his community in various roles for many years, including most recently as captain of operations for the police department there. His mother taught him traditional Choctaw culture growing up. He is an avid stickball practitioner and makes stickball sticks and balls. 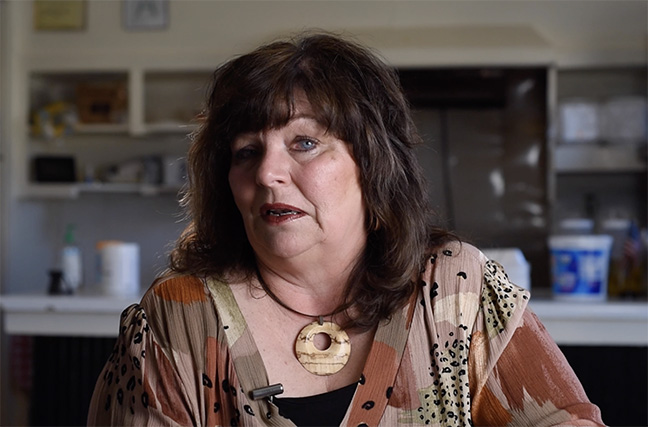 WATCH: Anne Martin: "It's the best thing you've ever put in your mouth"

Anne Martin is a native of Greenville, Miss., where she spent 30 years as a broadcast journalist. She co-founded the Delta Hot Tamale Festival in 2012 and published “Delta Hot Tamales: History Stories and Recipes” (The History Press) in 2016. 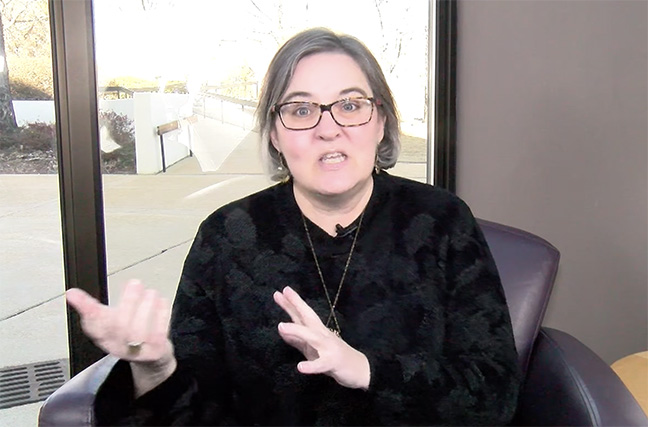 WATCH: Haley Montgomery: "Under the pecan tree is where my family gathered"

Haley Montgomery is a native of Noxubee County, Miss. She is the owner of Small Pond Graphics in Starkville, Miss., where she creates stunning watercolor paintings, graphics, prints, carvings, typography and more for clients. She has a guiding belief that stories told in words and pictures hold immense power. 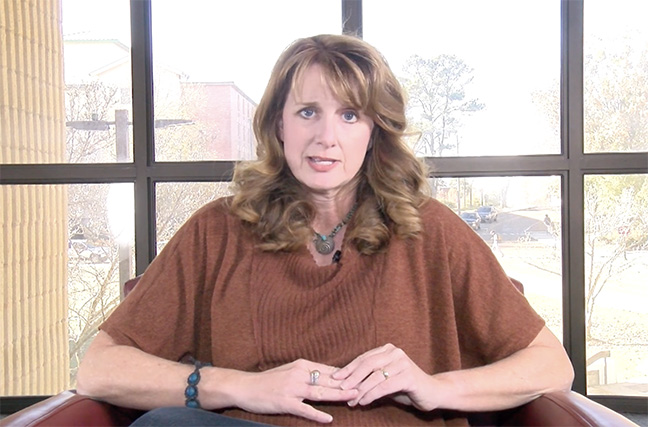 WATCH: Lynn Oldshue: "The most important person in the world is standing in front of you"

Lynn Oldshue is a Yazoo City, Miss., native who has pursued her award-winning career as a journalist in Mobile, Ala. She explores the lives of everyday Southerners through interviews, photography and video, and publishes their stories on her website, oursouthernsouls.com. 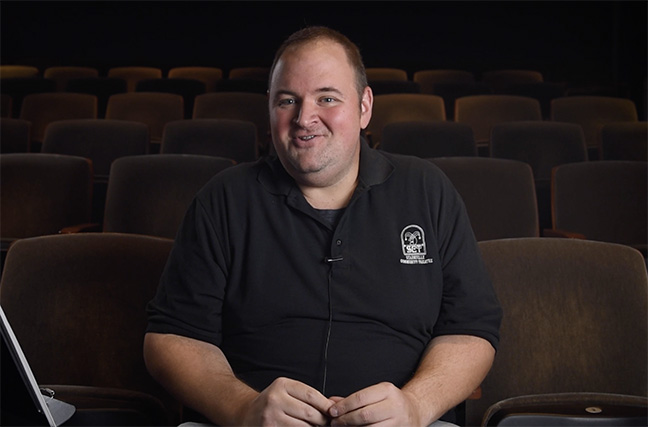 WATCH: Gabe Smith: "It's unglamorous work to be prepared"

Gabe Smith is a longtime resident of Starkville, Miss. He has performed in the Starkville theatre scene for many years, and leads the Starkville Community Theatre as its executive director. He and his SCT colleagues are currently working hard on a production of Dolly Parton’s “9 to 5 the Musical!” 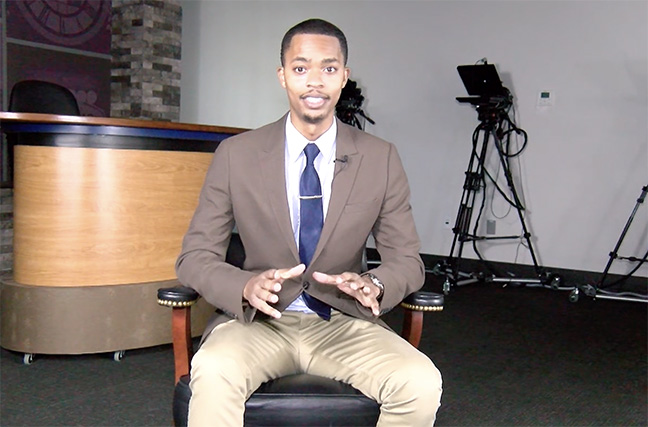 WATCH: Quentin Smith: "I try to go beyond the who, what, when, where, and why"

Quentin Smith is a native of Tupelo, Miss. He is an award-winning broadcast journalist at WLBT in Jackson, Miss. At WLBT, he travels across central Mississippi interviewing and shooting video.

WATCH: Anna Wolfe: "The people that drive the story"

A closer look at one of Anna Wolfe's award-winning investigative stories.

Filmed by Josh Foreman and edited by Ty Lancaster.

The creator of the Mississippi Believe It! campaign talks about changing perceptions, and creating a brighter future.

Filmed by Josh Foreman and edited by Susie Hunt.

WATCH: Francine Reynolds: "How they lived and how we can learn from them"

The New Stage Theatre director on how history provides rich opportunities for theatre.

Filmed by Josh Foreman and edited by Chris Misun.

WATCH: Duwayne Burnside: "Suck in everything you can get"

The Hill Country bluesman talks connecting with an audience.

Filmed by Josh Foreman and edited by Chris Dougherty. Special thanks to Dan Torigoe and Dolceola Recordings for providing "Meet Me in the City"

The museum coordinator tells of how Tallahatchie County, Mississippi, began to move forward after the murder of Emmett Till.

Filmed by Josh Foreman and edited by Carrington Ashford.

WATCH: Steve Soltis, Benjamin West, Paul Summers, Derek Irby, and Jean Irby: "Make that product as good as it can be, and then let it tell its story"

Steve Soltis leads a roundtable discussion with leaders in the craft brewing and winemaking world.

Organized and produced by Steve Soltis.

WATCH: Michael Williams: "If you are motivated, your audience will know"

The filmmaker shares one of the keys to artistic success: making sure every creative choice is motivated.

Filmed by Josh Foreman and edited by Jay Anderson.

WATCH: Ryan Starrett: "The dead are not dead"

The author explains that those who came before us can teach us a lot about making a more beautiful society.

Filmed by Josh Foreman and edited by Ethan Foster.

The sound mixer explains how sound adds a vital depth to visual storytelling.

Filmed by Josh Foreman and edited by Michael Maxwell.

WATCH: Jonathan Harris and Tonya Hays: "To push for a betterment of the future"

The pair talk about how "Hello Opportunity," their award-winning play about climate change, came into existence.

Filmed by Josh Foreman and edited by Keegan Lindsey.

WATCH: David Garraway: "Five things I wish I had known when I started in television"